Reg is available at stud to approved bitches

Reg has matured into a fantastic working dog. He works tirelessly over the duck hunting season, retrieving on the local rivers and picking up on a huge pond. He has a super soft mouth, retrieving wounded birds to hand, a strong swimmer and is always enthusiastic to go hunting. 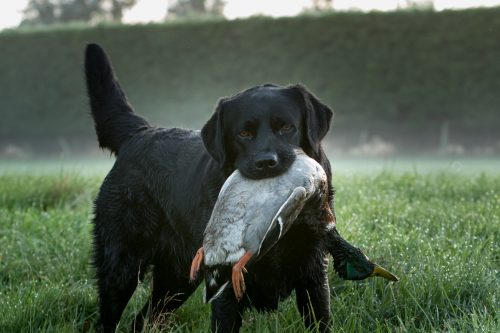 loving down at the river