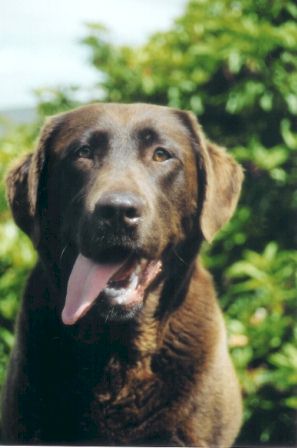 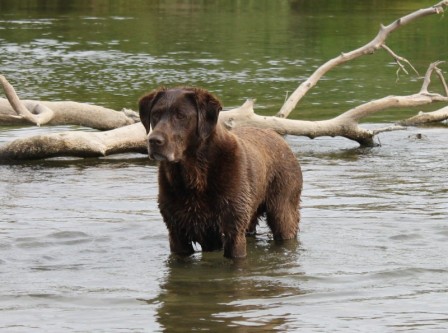 In February 2014 we had to farewell our lovely old girl Gem. Fantastic memories of this lovely girl

Achievements:
Gem, our chocolate girl, is my son Michaels dog. Michael has taken Gem through obedience and agility classes. Gem really enjoys agility but her passion is retrieving. She takes after her grandmum Ruby.
Gem would swim the river all day and night if she was allowed. She has turned into a fantastic retriever. Gem is Lyells trusted hunting companion over the duck shooting season.
Gem is a reluctant show girl. Usually happier outside the ring than in. 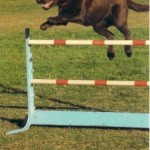 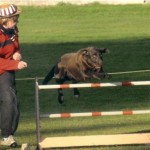 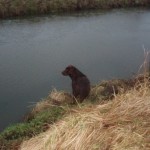 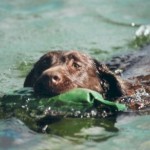 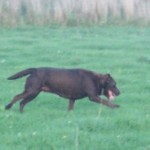 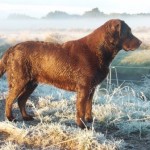